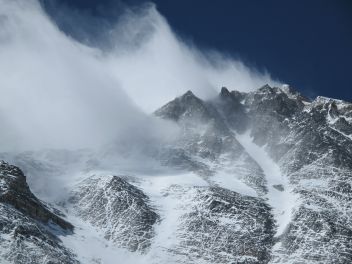 Just back to basecamp again after another quick run up to abc for two nights, as i was feeling fat and lazy loafing around bc for too long.

mising forecast for the end of the month. Its been frustrating listening to reports of numerous summits on the south (Nepal) side of the hill whilst the end of the season approaches but our turn appears to be coming. Its interesting at least to see the significant weather/environmental differences between the north and south sides. 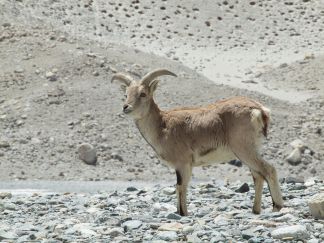 In the meantime there’ve been opportunities to chat with other expeditions and mix it with the local wildlife. Tibetan snowcocks abound but a few days ago we were treated to a visit by a flock of Himalayan Blue Sheep, the preferred diet of the Snow Leopard. Didn’t see any leopards and the sheep clearly didn’t see us as any threat, as they walked straight through the middle of basecamp.

Luckily the giant yaks didn’t scare them off. (see photo) 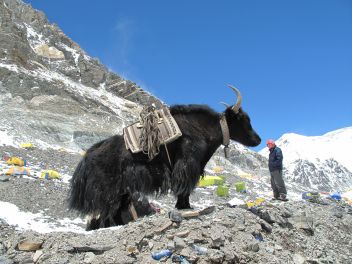 In bc for 2 or 3 days before launching the summit attempt. I’ll send a despatch before setting off.