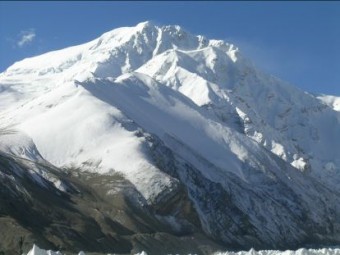 We arrived in ABC yesterday after a series of delays. The late monsoon ensured plenty of landslides and our route from Kathmandu into Tibet and on to Nyalam was blocked in several places obliging us to spend extra nights in somewhat grotty villages en route.

Worse though, was the demise of a climber in our hotel before even reachng basecamp, when he succumbed to an internal injury. His untimely death far from home was sobering for all.

Having reached Chinese basecamp(the end of the road), we spent two days acclimatising before loading the yaks and undertaking the 20km trek to basecamp yesterday. Today we sorted equipment, gained some acclimatisation and studied conditions on the mountain. It looks heavily laden.