And so its time. 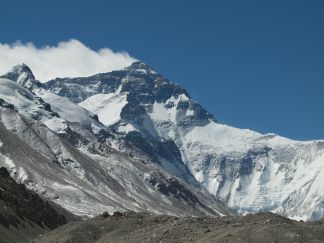 Sitting alone in my basecamp, I think I may be the only climber still at the base of the north side of the mountain. The first summits from this side were achieved this morning as well as a number more from the south side. Most north side teams are now in camps up the mountain and the final team (that I know of) set off from basecamp today.

The winds up high have temporarily abated and I expect there’ll be a lot more summits in the next couple of days. After that the wind is forecast to increase for a few days and then drop off near the end of the month.

There’s an air of both excitement and great nervousness amongst the expeditions, particularly the guided clients, many of whom are facing their first 8000 metre summit attempt. Over the radio I listened to friends’ successes this morning and I can almost feel their relief and immense joy. i wish them a safe descent. 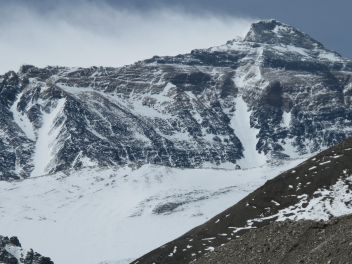 Whilst I would dearly love to be up there with them, it has been essential for me to take as long as possible to acclimatise, allow the temperatures to increase a little and very importantly, to let the big, unwieldy expeditions go ahead (and get out of the way) in the first window of opportunity. I cannot allow myself to be caught either below or above a large team of inexperienced climbers who might not let me pass, with the likely result, because I’m climbing without oxygen, of getting too cold or succumbing to the altitude. My ascent, if I am to be successful, must be very fast.

Climbing solo and without oxygen forces me to be a little lateral in my tactics. Other north side expeditions will launch their summit attempts from camp 3 at 8350 metres, having climbed on oxygen from either camp 1 (7000 metres) or camp 2 (7600 metres) over the preceeding days. They will also sleep on oxygen at camps 2 and 3 to stay strong and ward off the effects of high altitude. 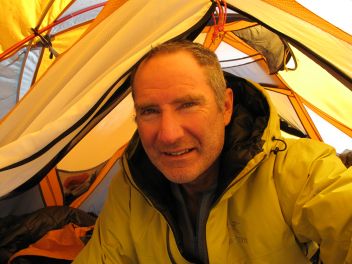 Without that safety net my plan is to limit my time at altitude to the minimum practicable. To that end I’ll launch my summit attempt from camp 2 which will cut down my time at the highest altitude by 1 day. It will make the summit push a very big ask (approximately 1200 metres of ascent) but hopefully I’ll have the energy (and motivation) and can get up and down in good time and beat the onset of altitude sickness.

I confess to feeling a little tense about this climb. Whilst the route is not technically difficult, the long day without oxygen, climbing alone, at the very highest altitudes on earth, is intimidating. Still, nothing to do but get on with it. If all goes well I’ll be back down around the 30th. Hopefully with a nice picture.